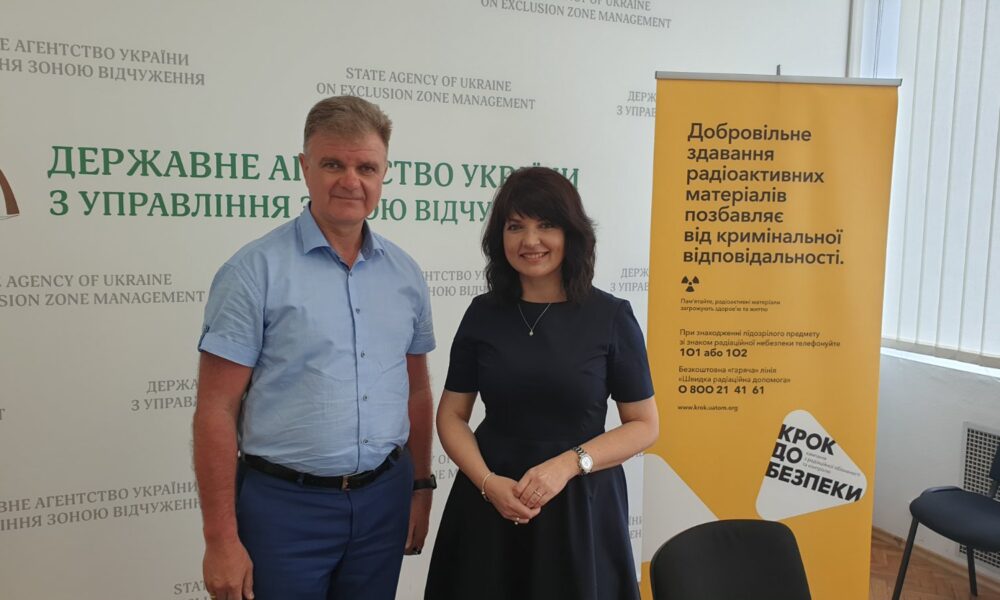 This campaign is about the fundamental principles of human existence - safety. Ionizing radiation sources have been actively used before and are used today in most technological processes from mining to medicine. And if devices with radioactive components are used in compliance with all safety regulations and rules of handling and disposal - they serve. If one ignores the safety rules - they cause harm. Historically, in the early 1990s, Ukraine found itself in a situation where state control over the system of distribution and use of IRS was lost for some time. Thousands of sources have been lost and appeared in basements, in broken buildings of enterprises, in scrap metal and private garages. It created a serious problem that needed to be addressed. Therefore, Ukraine, at the expense of the US Government, has prepared for implementation of a project aimed at encouraging citizens to report the location or possession of IRS.

Legislation analysis was conducted for project preparation and implementation. As a result, the Verkhovna Rada adopted amendments to Article 265 of the Criminal Code, guaranteeing exemption from criminal liability for illegal possession of IRS in the case of voluntary notification. The project management team developed a communication campaign strategy with the support of local authorities and special rescue services. Cooperation has been established with a specialized enterprise - a branch of the state specialized enterprise "Association" Radon ", which deals with the utilization of radioactive sources. Thus, the project not only informs citizens about the rules of conduct and response to the call, but also allows communication between services and agencies to quickly eliminate threats.

Communication is designed for different target groups. To achieve the strategic goal, unique information content has been prepared. The project will end with a program of pilot collection of ionizing radiation sources.