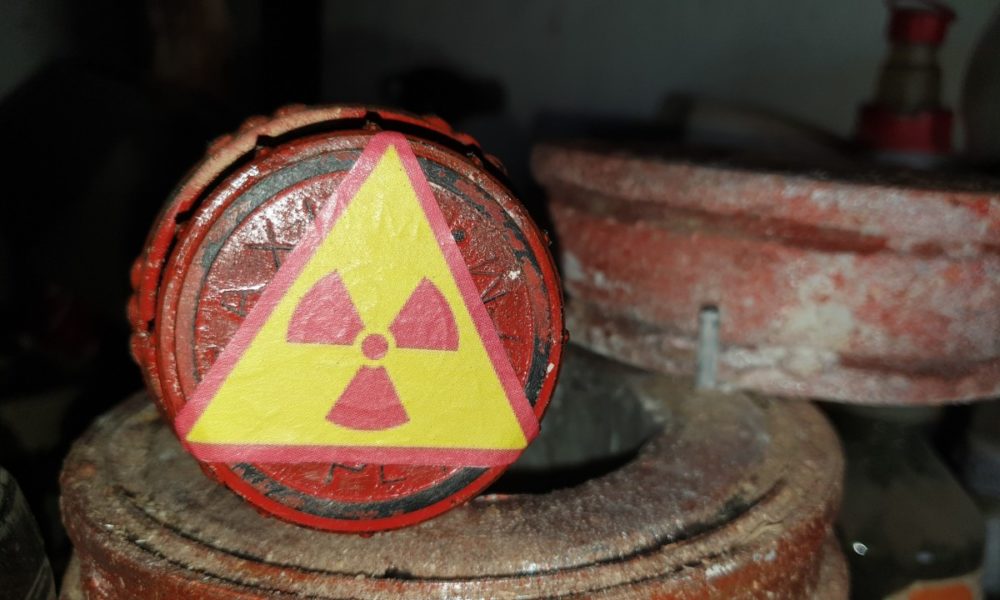 Radioactive sources around us. Awareness first

When a nuclear incident had occurred in Russia at a naval training area in the Arkhangelsk region, Ukrainian social networks were actively panicked. Some even complained of symptoms of radiation sickness, although the SES and the State Scientific and Technical Center for Nuclear and Radiation Safety promptly investigated the situation and assured: the panic is unfounded. No excess of the natural background was detected. The air masses from the explosion site went in the other direction and did not reach Ukraine. However, neither professional research nor images of meteorological satellites reassured the inhabitants. For some time they retold rumors, shared fakes like “insane amount of radiation fell here - on half a finger”, and then everything was forgotten. Although, in fact, there is something to talk about. And not about mythical radiation, but quite real. Near us there are thousands and thousands of man-made sources containing radioactive components that people simply do not know about. As part of the preparation of the “KROK do bezpeky” project, which is underway in our region, the Kyiv International Institute of Sociology, commissioned by the Chornobyl Research and Development Institute, conducted a survey among residents of Dnipropetrovsk region on awareness of sources of ionizing radiation. The results were mixed. The vast majority of respondents (99%) know that radiation is dangerous for human health and life. But 20% have misconceptions about what could be the source of radiation. Televisions, microwave ovens, telephones, communication towers, fluorescent lamps and even batteries are called.

Will it come in handy?

After the Chernobyl disaster, radiophobia in Ukrainians is imprinted in the subconscious. Therefore, any mention of a radiation accident, even on the other side of the world, provokes nervousness. At the same time, citizens continue to be exposed to a much greater danger, irresponsibly contacting with sources of ionizing radiation, which they themselves have brought.

Viktor Svidersky, director of the Dnepropetrovsk State Interregional Special Combine SSE “Association “Radon” says: “We had a fact of the seizure of radioactive materials on the border of the Dnieper and Kamianske, where the tailing storage facility is located. This is a closed area with contaminated metal waste from the Prydniprovsky chemical plant. People dug out burial grounds and dragged what had been found to their own yard. Of course, no one checked the level of contamination. And all this lay for years, the metal was washed by rains, contaminated water flowed into the ground. When this was discovered, about 800 kg of soil had to be removed”.

This case is a drop in the ocean. According to the SNRIU, more than 700 cubic meters of solid and liquid radioactive waste and more than 220,000 units of spent sealed ionizing radiation sources (IRS) stored in biological shielding or well-type storage facilities are being kept in safe custody at the SSE “Association “Radon” in the Dnipropetrovsk region. These figures simply indicate the abundance of nuclear technology around us. But the number of lost, abandoned or stolen sources is not exactly known! At the same time, people's awareness of radiation sources remains extremely unsatisfactory. According to the survey referred to above, 33% of residents of the Dnipropetrovsk region do not know or are not sure what a source of ionizing radiation is. 29% of residents do not know what a radiation hazard sign looks like.

In fact, a source of ionizing radiation (IRS) is an object or device containing radioactive elements that generates or is capable of generating ionizing radiation. They are used in various fields of industry, agriculture, science and medicine. Poor awareness of citizens leads to the fact that radioactive devices are kept in yards, houses or garages for years. In order for citizens to be aware of the danger and know how to act when faced with it, the Chernobyl Research and Development Institute is implementing “KROK do bezpeky” project.

Head of the Regional Center for Radiation Safety and Medical Radiology of Regional Clinical Hospital named after I.I. Mechnikov, Doctor of Medicine, Professor Faina Kulikova says: “The concept of “ionizing radiation” combines different types of radiation. And it has one property: to ionize and destroy biological structures. Due to prolonged contact with radiation, which exceeds natural levels, irradiation cataract, malignant tumors and many other pathological processes in the human body can develop. Children and adolescents are the most sensitive to man-made radiation. In a young body, the processes of cell division and metabolism are higher than in adults or the elderly”.

A striking example of the harmfulness of high doses of radiation is liquidators. There are 6,500 of them left in our region. 10 years ago there were 7,300. Not a single healthy one. All of them are on pills. These people live nearby - someone's grandfathers, parents, relatives, neighbors.

But it should be understood that it is impossible to completely avoid the effects of radiation. Radioactive radiation is present in nature, it is given by the sun, minerals, natural resourses. We are moderately exposed during medical procedures (the X-ray for instance) or during transatlantic flights. Therefore, it is necessary to be afraid of unauthorized handling of radioactive objects or devices. They can be identified by the radiation hazard sign, which is used to mark devices. But in Dnipropetrovsk region 29% of people do not know what that sign looks like!

Responsibility for possession of IRS

It is because of lack of knowledge and awareness of the danger posed by IRS that people continue to keep them to themselves. Although from the point of view of common sense or possibilities of use, such devices are completely unsuitable for use in private households. The press secretary of the regional police department Anna Sterchevska explains that “...Illegal storage, use or attempt to sell radioactive materials is a criminal offense. Article 265 of the Criminal Code of Ukraine provides for imprisonment for a term of 2 to 5 years. But in 2016, this law was amended, according to which a person is discharge from criminal liability if he voluntarily handed over radioactive materials to the authorities”. But, according to the survey, only 23% of the region's residents know about it. This means that the majority are simply afraid not only to hand over IRS, but also to talk about them.

Agree, a strange choice: to be afraid to hand over and not understand that you live on a powder keg, that is, a radiation keg, which sooner or later will explode and take away the most valuable thing - health or life.