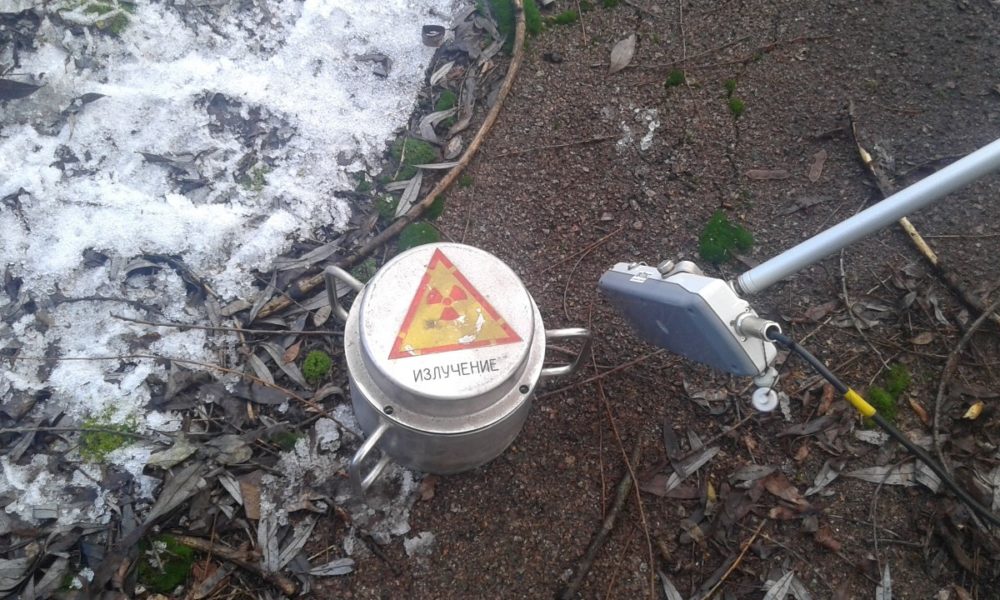 On September 28, a message appeared in crime reports that did not attract public attention. In L’viv, SSU operatives detained a man while trying to resell 17 ionizing radiation sources for 40,000 hryvnias. Of course, having got used to hearing about six-digit figures of bribes or billions of losses from abuses, kickbacks and other deals, such a trifle is no longer impressive. But money is not the key in this story, but radioactive waste, which from time to time becomes the subject of unhealthy interest. The presence of radioactive waste in free circulation forces specialists in nuclear safety and radioactive waste management to keep valerian at hand. Nobody knows how many hundreds or thousands of different devices and instruments containing radioactive elements are still gathering dust somewhere. How many kilograms of radioactive trash will reach its half-life for hundreds of years, endangering people and the environment. And no one can be sure that at this very moment, behind the wall, a certain "Kulibin" is not sawing a container with radioactive materials. The energy released by him thoughtlessly is capable of making a walking dead man out of a healthy person, and a small Pripyat out of the surrounding space.

Does the ghost still roam?

When devices or instruments containing radioactive materials are in the hands of professionals, it is safe. Because they will never be entrusted to a worker without proper training and knowledge. It is impossible to adapt such equipment to everyday life. This is not an engine from an old washing machine, from which a bench grinder will result. Equipment with radioactive materials can only be used as an element of a complex technological process. But from time to time there are "lovers" of thrills who are trying to sell their old stocks of such property, naively trying to easily make quick money. But the illicit trafficking of radioactive waste and sources of ionizing radiation is a rather serious crime. Any attempts to buy or sell them automatically come to the attention of the special services. The L’viv story is another, eloquent confirmation. In general, over the past 10 years, 28 people have been sentenced to various terms for illegal trafficking in radioactive materials.

“Of course, given the number of robberies or road accidents, this figure is scanty. But in reality it is egregious for specialists. After all, every proven fact of a crime means that its participants had access to materials or waste that could create a local radiation accident with unpredictable consequences. This shows that there is a lot of hazardous radiation waste and materials outside the state control. And they need to be collected. Otherwise, we are doomed to constantly eliminate man-made radiation accidents,” - says Olena Salnyk, head of the radiation awareness project “KROK to bezpeky (STEP to safety)”.

“We have enough work,- adds Sergey Dubchak, head of the radiation safety and environmental protection department of SSE “Association “Radon”, - over the past 11 years, specialists of the special enterprise have eliminated 331 local radiation accidents”.

“To prevent means to save”

Size matters. The larger and bulkier the protective container, the more dangerous the source is in it. And even a small-sized IRS can do great damage. History knows many examples when thoughtless behavior or loss of control over a radioactive object led to tragedies. Not such, of course, as Chernobyl or Fukushima, but it does not make it easier for people who have lost their relatives, their health or property. In the early 80s, a "bad apartment" appeared in Kramatorsk. The owners died very quickly there. And when sudden deaths also began in the second family, who had moved into the apartment, an investigation was conducted and a capsule with cesium 137, once lost in the quarry, was found in the wall.

“That's why we launched an information campaign “KROK to bezpeky (STEP to safety)” in Dnipropetrovsk region, in order to prevent the emergence of stories similar to Kramatorsk”, - says Project Manager Olena Salnyk. Through the media, we communicate a lot with ordinary people, telling and explaining to them the rules of conduct when in contact with IRS, as well as informing that voluntary notification of the presence or detection of IRS is not punishable by law. But for the response to radiation calls to be effective, not only the good will of people to report the find is needed, but also a perfect system of actions on the part of local authorities and rescue services”.

In Ukraine, this procedure is regulated by the Resolution of the Cabinet of Ministers No. 813. But it requires changes, since the document mentions state bodies that no longer exist, and their powers are distributed among other departments. Thus, local authorities are deprived of a single regulatory document. The State Nuclear Regulatory Inspectorate, which is responsible for monitoring the handling and disposal of radioactive waste and sources of ionizing radiation, is aware of the problem. Within the framework of the “KROK do bezpeky” project, a detailed analysis of regulations was carried out and a detailed report was provided in which all gaps were identified. Now they need to be submitted for reconsideration and approval by the Government. Since we are talking about radiation safety, this issue is ripe for solution. In the meantime, local authorities operate according to their own procedures developed at the level of regional civil protection departments.

“The cooperation of local specialists and the “KROK do bezpeky” project is very important to us, says Margaryta Rayets from the Center for Organizational, Technical and Information Support of the Exclusion Zone, - especially in these conditions. After all, education is a great resource for improving the safety of densely populated area. The project provides knowledge that will stay with people for many years. And knowledge is the right actions, which in turn are converted into money. Since in the event of a local radiation accident, its consequences will have to be overcome at the expense of the local budget. And if the population knows how to behave in case of detection of radiation sources, then nothing needs to be eliminated.”

Unattended radiation trash is like a time bomb. Someday, but it will still explode. Even if to turn a blind eye to the problem or consider it insignificant, it will still get the silent and indifferent and active persons. Because sources of ionizing radiation are safe only in special storage conditions. Professor of Dnipropetrovsk State Agrarian and Economic University, Head of the Department of Ecology Valentyna Chorna has been researching the migration of radionuclides through water and soil and food chains to humans for several decades. And she has no doubt that even the smallest source of ionizing radiation can poison the lives of people at a distance for decades.

“No one can be sure of their own safety until orphaned sources of ionizing radiation are found throughout the country from time to time,” says Olena Salnyk, head of “KROK do bezpeky” project. - We must realize that they will not disappear by themselves. The presence or finding of IRS should be reported to the police, rescuers, or the local authority. After all, the consequences of attempts to thoughtlessly use IRS are sad. As in the case of the man who was detained in L’viv for illegal trade in radiation sources. He could turn them in and enjoy life. Instead, he ruined his life for years”.