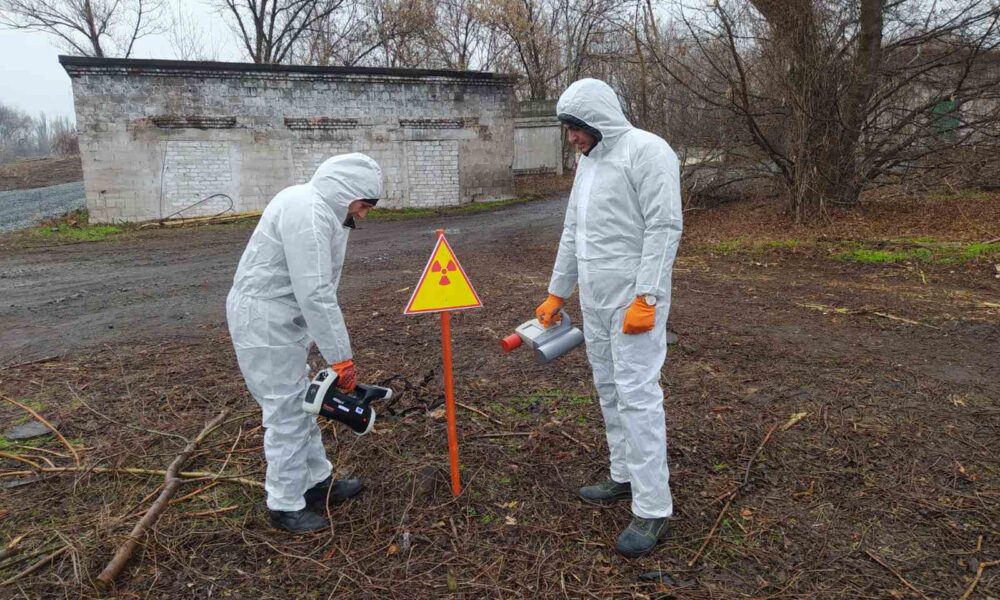 Ionizing radiation sources will be collected in Dnipropetrovsk region. 8 cities will participate in the pilot project.

The beginning of a new stage of work with communities and citizens has been announced as part of the radiation awareness campaign “STEP to Safety”, which has been carried out in the Dnipropetrovsk Region for the past eight months. The goal is to collect hazardous ionizing radiation sources, which are not currently regulated by authorities. This was announced during an online press conference today.

The conference was attended by Yulia Hontar, the Deputy Director for Branch Coordination and Strategic Development of the State Specialized Enterprise “Radon Association” and Olena Salnyk, the Manager of the “STEP to Safety” project

A mobile radiology laboratory from the project “STEP to Safety” will be operating from February 16 to March 19 in the following cities/towns: Dnipro, Verkhnodniprovsk, Kamianske, Marhanets, Nikopol, Pokrov, Zhovti Vody, Kryvyi Rih. The laboratory will be positioned in the places determined by local authorities. The time and places for the laboratory will be specified on the project’s website (https://krok.uatom.org/) and on Facebook (https://www.facebook.com/steptosafety.ua).

“This is a logical continuation of our project,” said Project Manager Olena Salnyk. “We’ve told a lot to the inhabitants of towns and villages about the harm of possessing radioactive items and about the hazard of contacting with them. Now we are ready to show practically how to properly get rid of such hazardous things. Our laboratory is equipped with certified equipment. The laboratory specialists will be able to provide any informational support to local citizens, give any explanations about man-made radiation. And they will also be able to carry out any necessary researches of the territory, objects, property, should there be any motivated suspicions about availability of any radioactive items. All these services will be provided for communities and citizens free of charge.”

In the event of detecting any radioactive items, the laboratory specialists will not be removing or disposing of them on their own. This will be done by special departments after they are duly notified of the detection of any unrecorded sources in a manner prescribed by the government’s decree and in accordance with the regional Action Plan. The collection, transportation and burial will be performed by the State Specialized Enterprise “Radon Association” and its Dnipro branch.

“The implementation of the next stage of the project is an important step towards creating a radiation-safe environment for both humans and the environment. Informed people at this stage will be able to contact the project organizers, so that appropriate specialists arrive and check any suspicious object. It is important to remember that any interaction of non-specialists with any ionizing radiation sources or even any attempts to disassemble such sources may result in local radiation accidents. It is better to get rid of such sources safely and properly by way of notifying appropriate services,” said Yulia Hontar, the Deputy Director for Branch Coordination and Strategic Development of Radon Association.

The specialists of Radon Association use modern equipment to eliminate local radiation accidents and to reliably and safely dispose of any radioactive sources detected.

The conference participants expressed hope that the citizens and communities would take this opportunity to legally get rid of any hazardous radioactive objects. After all, any people who voluntarily notify of such objects shall not be punished by law.

For reference: Chornobyl Research and Development Institute is a national expert-analytical centre that implements its own and partner scientific and technical studies in the area of dealing with radioactive materials, environmental protection and overcoming the consequences of radiation accidents. This institute creates and implements informational, educational and research programs in the field of radiology and radiation safety. In 2017, the institute was involved in the implementation of the project “Public Outreach and Campaign to Raise Awareness about the Amnesty Program for Ionizing Radiation Sources” aimed at the fulfilment of agreements between Ukraine and the United States in the area of nuclear safety, nuclear non-proliferation and nuclear terrorism control programs.