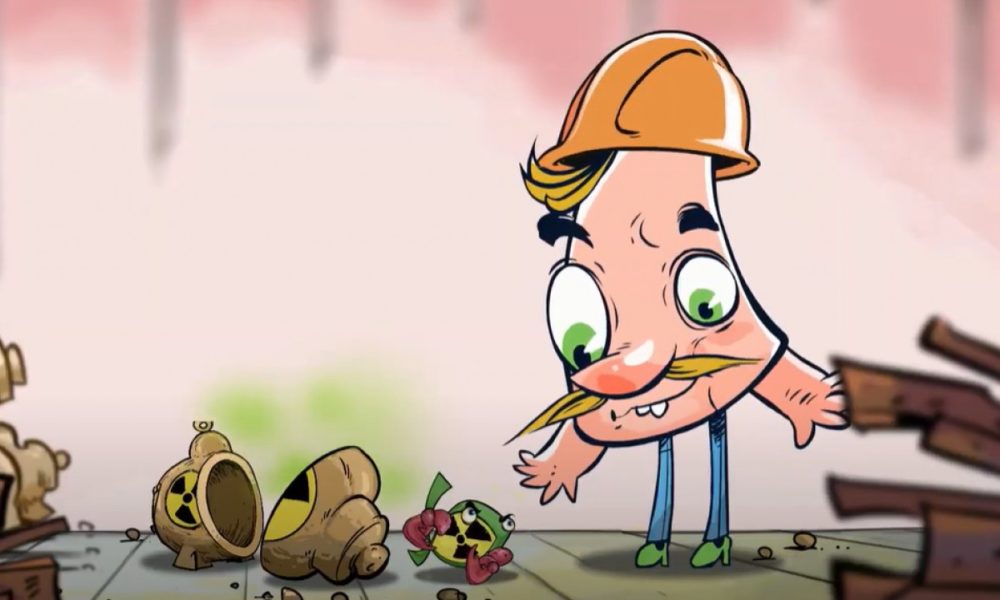 On October 1, the animated social video “Alpha Radiation” began to be broadcast on TV channels of Dnipropetrovsk region

When planning large-scale communication with the community of Dnipropetrovsk region on nuclear and radiation safety within the "KROK do Bezpeky" (STEP to Safety) information campaign, there was a need of simple and clear images and words to convey information as to adults so to children. After all, the kids are active researchers of the world around them and may encounter sources of ionizing radiation.

That's why we invented animated characters and called them "Diabsiki".

There are anti-heroes in these stories, "Alpha", "Beta", "Gamma" and "Neutron" radiation. It is through the interaction of heroes and antiheroes that the rules of conduct and consequences in case of contact with dangerous radioactive findings are described.

On October 1, the animated social video "Alpha Radiation" began to be broadcast on TV channels of Dnipropetrovsk region.

You can watch it here.