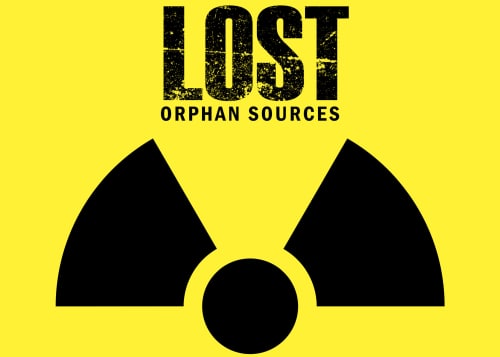 “Lost”. The first comic on radiation safety appeared in Ukraine.

The Chornobyl Research and Development Institute, within the framework of the radiation awareness project "KROK do bezpeky" (STEP to safety), produced the comic "Lost". This is the first graphic story since independence, the purpose of which is to popularize among adolescents and young people the rules for handling radioactive materials. The topic for such communication has been brewing for a long time. Young people are actively exploring the world, traveling, love extreme. Therefore, the chances of encountering dangerous objects are quite high.

Back in the early 90s, control over the distribution and use of ionizing radiation sources (IRS) was temporarily lost and a large number of IRS ended up in landfills, in scrap metal, basements and destroyed workshops of enterprises. From there, some of the devices migrated to private premises, garages, attics of "enterprising" Ukrainians according to the notorious Soviet principle of accumulation: let it lie, it will come in handy! Although it is impossible to use such equipment at home, it works as part of a complex technological, scientific or medical process. It should be noted that sources of ionizing radiation can be completely safe only in the hands of specialists and provided they are properly stored. Otherwise, IRSs pose a serious danger, because the radiation they emit is not felt by taste, smell, or touch. Therefore, any contact with IRS is potentially dangerous and can lead to local man-made radiation accidents with unpredictable consequences.

"Our goal is to provide knowledge, to give rules of conduct on which the life and health of a young person depends," said Vitalii Demianiuk, a member of the Supervisory Board of the PU Chornobyl Research and Development Institute. - The story told in the comic is based on real events that took place in the Brazilian town of Goiania in late 1987. There, looters stole a capsule with cesium chloride 137 from an abandoned radiological center. The capsule was cut at the scrap yard, and the looters smeared on themselves the powder with a luminescent effect and shared it with the neighbors. Within a few days, the consequences of radioactive contamination appeared. Four people died, 250 received various doses of radiation. This story forced the IAEA to revise the rules for the use and control of radiation sources. Therefore, we have adapted the historical fact and through the heroes, through the situations in which they find themselves, we tell what happened and give advice on what to do so that no one gets hurt”.

“Young people are a specific audience that doesn't like homilies. That is why we have chosen an understandable and accessible way of delivering important information,” - noted Olena Salnyk, the head of the “KROK do bezpeky” project. - The comic will become another communication material that we will distribute as part of the information campaign on radiation awareness in the Dnipropetrovsk region. We hope that young people will accept such non-traditional methods of communication. And after reading the interesting story, they will learn the rules of behavior when detecting IRS. They are simple. 1. If you find an object with a sign of radiation hazard - move away. 2. Do not try to disassemble or move it. 3. Report the finding to the SES, police or adults".

You can get acquainted with the comic "Lost" by the link.

Reference: The “KROK do bezpeky” radiation awareness information campaign is a pilot project in the Dnipropetrovsk region, which is implemented in pursuance of intergovernmental agreements between Ukraine and the United States through technical assistance from the United States Government. The main executor of the project is the PU Chernobyl Research and Development Institute. The beneficiary of the Government of Ukraine is the State Agency of Ukraine on Exclusion Zone Management.