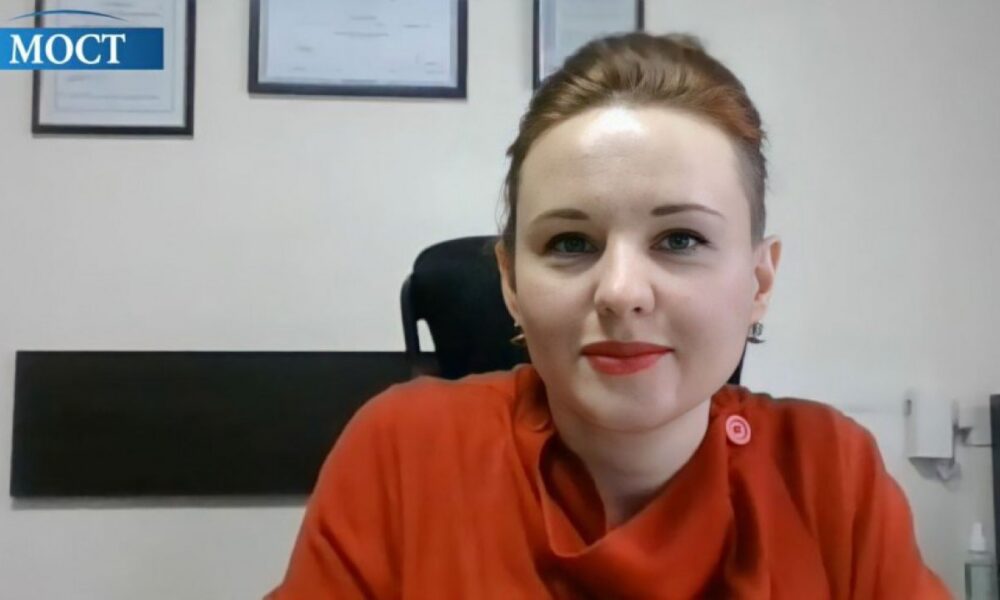 “It is important to understand where the danger comes from”: Yulia Balashevska on the need to inform people about radiation safety

After the collapse of the Soviet Union, radiation sources used in medicine or in industrial enterprises in Ukraine were forgotten or abandoned. The number of sources is unknown, but they continue to be dangerous to human life and health. Moreover, any purchased source of radiation may result in imprisonment for the purchaser.

We discussed with Yuliia Balashevska, Head of the Emergency Preparedness and Radiation Monitoring Department of the SSTC NRS, what radiation safety is and why residents of the Dnipropetrovsk region need an information campaign on radiation awareness. The interview was conducted with an expert within the framework of the "KROK do bezpeky” (STEP to safety) project

- Radiation safety is one of the main tasks of SSTC NRS. Assess its level today.

- The main task of SSTC NRS is to provide technical support to the state regulatory body for nuclear and radiation safety. Radiation safety is such a state of objects with radiation or nuclear technologies, in which any unjustified human exposure, environmental contamination, etc. are excluded. That is, the person who operates these technologies is responsible for radiation safety. We help to implement and provide the scientific and analytical component of state supervision. If we talk about the state of radiation safety in Ukraine, it is officially assessed as satisfactory. The state of radiation safety of Ukraine is not hidden, everything can be found on the websites of both the State Agency of Ukraine on Exclusion Zone Management and the Central Geophysical Observatory, where all information is relevant and constantly updated.

- Is there a need to talk about radiation safety with ordinary citizens?

- Of course there is. If people used to want to know something, but there were no sources of information, they had to either look for specialists or understand this issue themselves. Now everyone considers himself an expert and has his own opinion about the radiation background in Ukraine. But people, by their nature, absorb better the information that seems more attractive to them. Of course, in order to correctly interpret information, it is necessary to have a certain level of basic knowledge. Therefore, a person cannot always recognize the manipulation and distinguish true information from false. The danger that a person consumes poor quality information carries a misunderstanding of the dangers of radiation. On the one hand, the fact of the presence of a nuclear power plant scares, on the other, they go on an excursion to Chernobyl; they are scared to buy blueberries or mushrooms, but at the same time, they do CT. It is important to understand where the danger comes from. For this it is worth talking to people.

- What are the radiation threats to humans?

- The main danger of radiation is ionization, because it can destroy tissues. It is frightening when a person receives a high dose of radiation at one time, but it is even more frightening when he is gradually exposed to radiation without knowing it. A person does not notice changes in his body, but the risk of developing cancer increases.

- Are the IRSs, which are now being talked about in the Dnipropetrovsk region within the framework of the "KROK do bezpeky" project, the problem only for our region?

- This problem is worldwide. The Dnipropetrovsk region is not unique in this respect.

- If these IRSs are so dangerous, why did it take so long to start collect them?

- It's not quite so. We have the Radon Association, an enterprise that deals with the elimination of radiation accidents. Such work is being done all the time, but what has changed? The Dnipropetrovsk region has become a pilot in the project of informing the public about such a danger, since there are many industrial facilities on its territory, which, theoretically, may contain radiation sources.

- How many IRSs are considered orphaned? Where can you meet them?

- I'm not sure if there is an answer to the question about the number of orphaned IRSs. But you can find them anywhere. In Latin America, there was a case when a welder found an IRS, put it in his pocket and after a work shift went home by bus, side by side with other people. This is a real threat that anyone can face.

- How should people act if a radiation source is identified?

- If you understand that you have found the IRS, you should immediately move away and remember the place where the IRS had been found. Call rescuers immediately and wait for their arrival. You should not take, open, highlight, or heroically carry the radiation source by yourself for elimination.

- What are the guarantees that the person who reported the discovery will not be forced to pay for the elimination of the source? At whose expense does the elimination take place?

- The guarantees are 100 percent. The elimination of IRSs does not occur at the expense of citizens. The person who found the IRS cannot be prosecuted or forced to pay for the elimination. This does not apply to owners of such sources. Experts can determine who owned it, because all sources are in a special state register. There are also historically orphaned sources, their owners, as business entities, may no longer exist. Then the disposal is paid from the budget.

You can watch the full movie here.