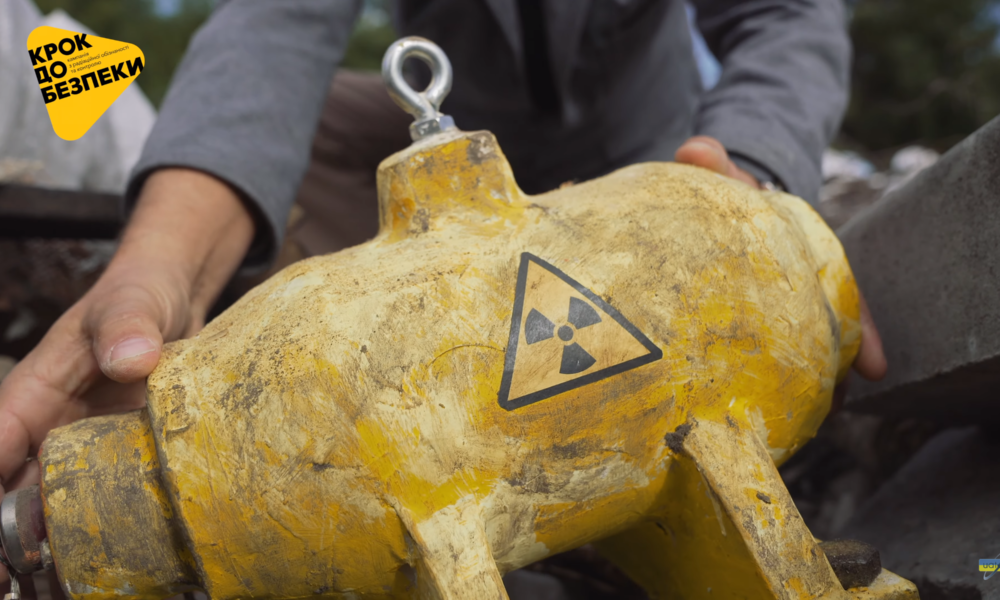 “All That Glitters Is Not Gold”

Chornobyl Research and Development Institute has launched online videos on radiation safety and rules of conduct and response to identified sources of ionizing radiation in frames of the "KROK do Bezpeky" (STEP to Safety) information campaign that is implemented with the support of the U.S. Department of State through Oak Ridge National Laboratory.

The first video, which will be seen in social media networks and on information resources of Dnipro and the region, is called "All That Glitters Is Not Gold". The film crew discovered a spontaneous landfill of a threatening size. A few acres of junk along the road that people often use to take to the train. In such places, an eye can catch anything. Here the attention of our hero was attracted by an object, which lay in a heap of various garbage. Someone, obviously, knew what he/she was dealing with, and did not want to bother and just threw it away. And someone, not guessing about the real danger, decided that he found something interesting that can be used at home or somewhere else.

Trough such a simple life situation as finding an unknown object with a sign of radiation hazard there are presented the simple rules of behavior and response. Because the consequences can be unpredictable. And this unpredictability is presented in an exaggerated form. What are people most afraid of? Death. In the video, Death is a "humanist" and gives the hero simple advice that will save his health and life.