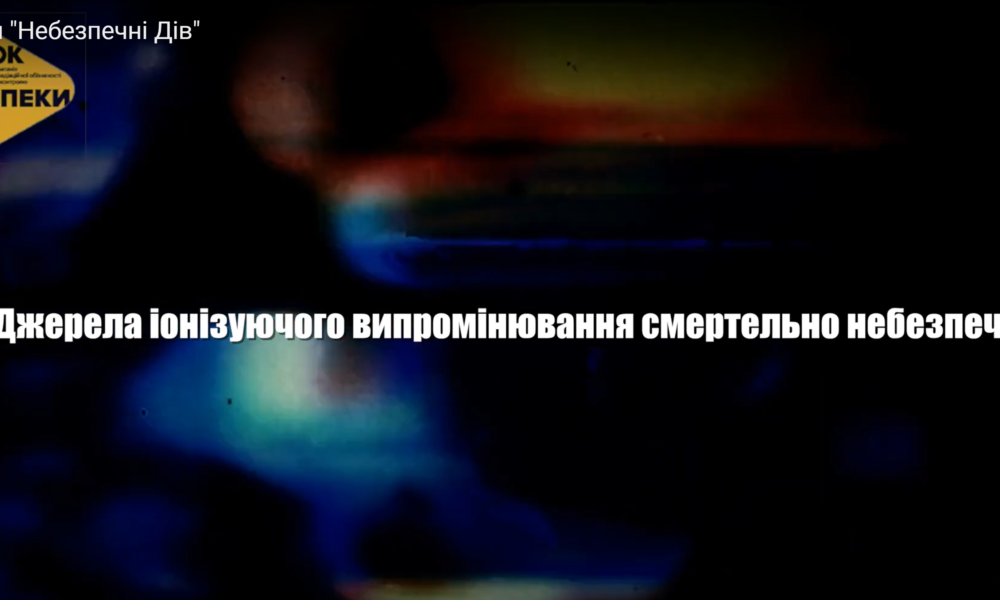 10,000 viewers have watched the premiere of film “Dangerous IRSs” on TV Channel 34 in Dnipro city

TV channel 34 in Dnipro city showed the premiere of popular-science film “Dangerous IRSs”, which had been prepared specifically for distribution within the framework of information campaign “KROK do Bezpeky” (STEP to Safety). According to estimates of the broadcaster's analytical service, the film has been watched by about 10,000 viewers. “This film simply and clearly demonstrates to the viewer the difference between natural radiation that has been surrounding us since the birth of the Earth, and man-made radiation. But man-made radiation is also different. The film deals specifically with the sources of ionizing radiation. About where they can meet, how to handle them, whom to inform. We tried to give a little history and extrapolate to modern times in order to warn people against carelessness. After all, you have to pay for everything. And people should be aware that any contact or unprofessional handling, attempts to disassemble devices with radioactive components will have consequences. They are spoken about by the experts from the Center for Radiation Medicine, who, since the accident at the Chernobyl nuclear power plant, have been keeping statistics on the interaction of people with radiation and demonstrating the interaction of contacts and manifestations of various diseases. We even conducted research on identified sources that are found in everyday life or are sold as a panacea for diseases. Therefore, the film turned out to be both informative and instructive, and most importantly - useful. After watching it, there will be no more questions about whether or not to contact with sources of ionizing radiation, and what to do in case of detection”, - said the film's producer Vitaliy Kovach. Link to film  “Dangerous IRSs”.